When I was at secondary school—that's high school for US readers—the popular works of Ian Fleming and Mickey Spillane were required reading for every guy. I had a particular fondness for The Long Wait. Its protagonist was Johnny McBride—he was a more regular type of guy than Spillane's usual hero, Mike Hammer, and because of that he was more interesting to me somehow. And, for some reason, portraying the characters I was reading about visually was becoming important to me. The need to push spaces between the words on the paper and fill those spaces with pictures—the first sign of the embryonic comic creator—was growing within me.

I developed a defintive picture for myself of the form of Johnny McBride in a clean line drawing which was so stylised and easily reproducible it was almost like a logo.  Regettably I haven't got any copies of it around with me at the moment—it's in storage with other things of mine from that time—but I think it signalled the beginning of me realising I could draw a character in a way that defined that character's way of life and their motivations, lessening the need for descriptive text to do it all.

While we're on Mickey Spillane... the movie version of Kiss Me, Deadly, directed by Robert Aldrich, was another great influence on me when I first saw it on British television. One of its many appealing elements was its 'loot'—a thing that everyone wanted but didn't quite know the nature of, like an unknown treasure.  This loot turned out to be too deadly to handle, and much deadlier than the femme fatale who inspired the story's title. It's impossible to recommend it highly enough to anyone with a liking for tough thrillers and film noir.

BTW, the cover of The Long Wait, seen here, was one of a series of covers for Spillane novels published at this time by Corgi Books in England, which were all designed with this very sharp style. The art was by Josh Kirby—one of my artistic influences—who, at that time, was doing superb cover illustrations for Ray Bradbury novels amongst other things. He later gained a huge following for his illustrations for Terry Pratchett's Discworld books.

The Mike Shayne detective stories—written by various authors over the period of their successful publication in the US—were an entertaining series of 'pocketbooks' (they fitted perfectly into any jeans back pocket) to pass the time with. These kinds of paperbacks were called 'dime novels' and were regarded with little more reverance than common comic books. I wasn't a big fan of the Mike Shayne stories because they seemed ordinary in comparison with Spillane's, and the fact that they had no particular author that they depended on was also a minus factor for me—I have always been attracted by characters who are inseparable from their original creators. But I liked the design of the Shayne novels. This Is It, Michael Shayne has a cover by the superb Robert McGinnis. Robert McGinnis became famous for painting some of the art of the James Bond posters of the Sixties. —DAVID LLOYD 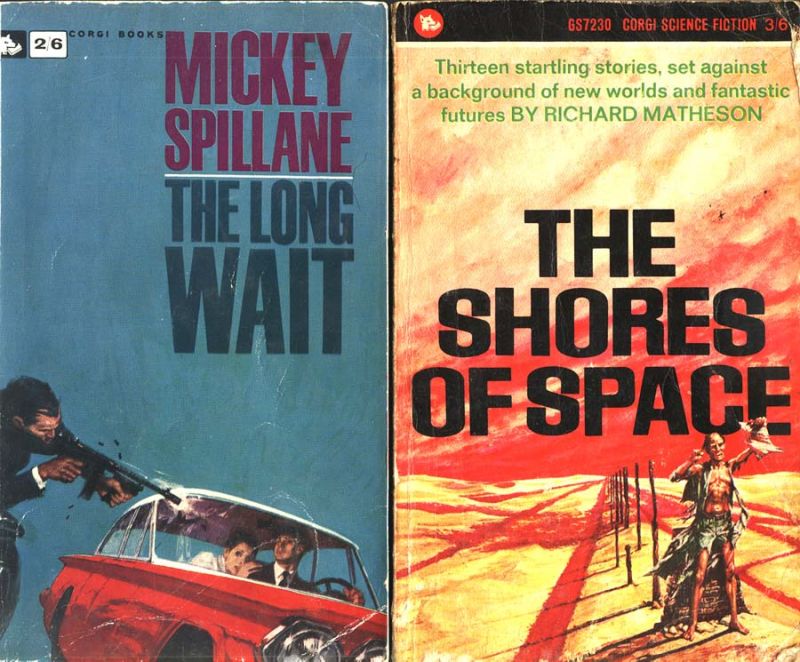