It was movies and TV that most influenced me to want to tell stories like Kickback. Movies and TV—not comics. I didn't read crime comics—the few that were around in England at the time—because I could get all the crime stories I wanted through TV and the movies. I went to comics for other things like SF and fantasy.  Things were different in popular culture back then—science fiction and fantasy movies in tv programming was not considered to be of wide enough appeal to the mainstream taste, so little of it was produced for those media. But crime stories on TV and in the movies abounded...

TV shows like M Squad, with Lee Marvin—which I only very vaguely remember seeing—stimulated my childhood taste for crime thrillers. And there was a show called Johnny Staccato, which had the great director and actor, John Cassavetes, playing a PI in New York. This show also began to stimulate my appreciation for soundtrack music and the often indispensable additional quality it gave to film and TV thrillers. Staccato's dramatic theme was composed by the great Elmer Bernstein.

Later I became a regular viewer of Naked City—a US show about a cop squad in NY which, unlike most earlier cop shows, didn't just deal with a crime and its solving, but carried stories of depth and quality about a wide range of New York's inhabitants. It was everyday theatre in a detective story setting.

Thriller cinema began to really impress me much later with Point Blank.

The most impactful film noir of its day, it still has little competition as a showcase of style and screen energy. I imagine few people reading this are unaware of it, because it was directed without much regard for conventional Hollywood storytelling and so secured itself a place in the hearts of most cineastes.

The next thriller to move me as much was the more conventional classic, Bullit. Apart from the often-mentioned classic car chase—it has a faultlessly directed and edited airport sequence at its climax, helped along with an expertly applied music score. If you know anything about film music you'll have heard of Lalo Schifrin, who was responsible for the music of this film as well as that of the next movie I mention here...

Dirty Harry: A perfectly organised crime thriller which introduced audiences to Harry Callahan—a regular guy doing a dirty job, who's trying to retain his integrity in an increasingly confusing world of shifting moral values. In Bullit, the Steve McQueen character was under similar pressures, but he, at least, had an institution he could rely on to back him up. In Dirty Harry, Cint Eastwood is almost out on his own. Don Siegel, who directed the film, was one of the most underrated directors in Hollywood before his association with this film attracted long-overdue attention to his skill.

Prime Cut is another film with a score by Lalo Schifrin, whose reputation for being able to complement action rather than embellish it was growing so fast that he was in constant demand.

Unlike the previous movies I've mentioned, Prime Cut isn't about one man's relationship to his job, but more about a past generation's. It's a fantastic, gutsy crime thriller directed not by a specialist in such things, as Don Siegel was, but by someone whose subject matter throughout his career revealed no specific preferences—Michael Ritchie. But Ritchie seemed to know instinctively what to do with his actors—or what to let them do—and the creative team he surrounded himself with helped make something great of the film. 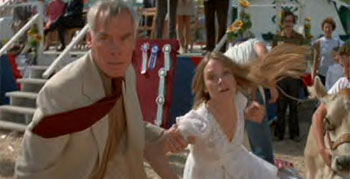 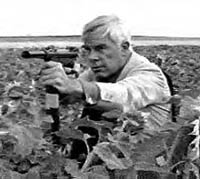 Unfortunately, there was a downside to Lee Marvin's involvement in the film. John Boorman, his director in the earlier Point Blank, wanted to offer the Burt Reynolds role in Deliverance to Marvin. Deliverance was a profound film which would have been an ideal vehicle for Lee Marvin. However, Marvin had already been signed up to Prime Cut as a favour to his agent, who, apparently, was in the position of needing the finance it would afford him. Prime Cut is a lesser film than Deliverance on the grand scale of things, but it has its own place of honour in movie history as one of the best gangster thrillers ever made.

Burt Reynolds has the leading role in the next movie thriller I’m happy to recommend to you—Hustle. Another film from Robert Aldrich, the director of Kiss Me, Deadly. Another story of a cop trying to do his best—but in this version of the theme we have someone who is at war with his own cynicism. Surrounded by dirt, he's not sure whether it's worth the effort of trying to pull himself out of it, and so he pretends a callousness he doesn't really feel. 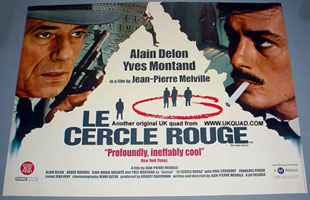 During this period and preceding it, the only French movies I regularly got to see were on TV. Riffifi was an early eye-opener that revealed to me the existence of a very particular grittiness in the quality of French crime thrillers. But in the 1960s and early '70s, French thrillers somehow verged towards depicting their worlds as if they were part of the landscape of the commonplace—as a natural part of the social scene of life and as domestic as doing the dishes. I saw this particular quality in all the French thrillers I admired—even in the most stylish of them, like Le Samurai and Le Cercle Rouge. In contrast to the gloss that inevitably attached itself to most US thrillers at the time, it made them appear more 'real' and convincing.

As I mentioned earlier, crime comics didn't hit me where it mattered at the times that I was influenced by such things, but I was always impressed by the blunt melodrama of titles like Crime Does Not Pay (if only we could get criminals to understand that... ), and Mr District Attorney. A while ago, my friend, and great comics writer, Jamie Delano and I suggested to DC Comics that we reincarnate Mr District Attorney. Unfortunately, I wasn't aware at the time that its rights lay elsewhere than at DC because it was a radio show and a movie before becoming a comic book. Sadly, the opportunity of doing something along similar lines for them disappeared because, right then, no-one seemed interested in what we might have to offer as a substitute for it. One of Jamie's favourite TV shows is Homicide: Life On The Street. Ahh, what could have been... —DAVID LLOYD