If you're aware of my work and you're in Great Britain, you probably know about the Comics Brittania series currently running on BBC4. If you're accessing this site from outside the UK, I suggest you go to www.bbc.co.uk/comicsbritannia to find out all about it. Basically, it covers the popular elements and developments in British comics from the 30's to the present.
I'm helping with some of that coverage because I'm in the third and final part of the series on 24th September, talking about Vendetta, etc. Regrettably, everything I said about Kickback looks like it's ended up on the cutting room floor, but at least it's featured on the BBC's associated website for the show.
The episode also features Alan and other greats in the business.

Friends,
After having enjoyed myself terrifically in Atlanta at DragonCon, meeting lots of nice people and having nice experiences - and supplying 77 copies of Kickback to some very discerning buyers - I'll be appearing once again in the US, very shortly, at Orlando, Florida.
I'll be paying a return visit to Orlandocon, at the Caribe Royale Convention Centre, Orlando, from the 21st-23rd.
I'll also be signing at the Colliseum of Comics Orlando store at 2-5pm on Friday, 21st.
If you're in the area or coming to the Con, make sure you come and say hello.
Decoration for this entry comes from a series of rough sketches I made for the cd cover of a Maltese Falcon radio adaptation. 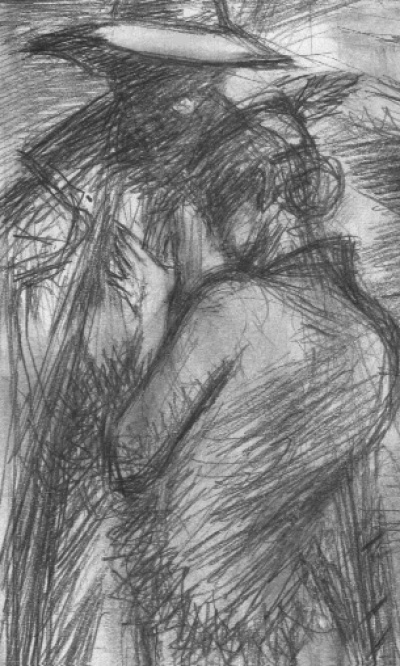